Exoskeleton controlled with the mind – the invention of French scientists

Modern inventions that will allow overcoming handicaps? If you regularly read our articles, you should notice that we are strong supporters of such innovations! See how the exoskeleton built by French scientists looks. 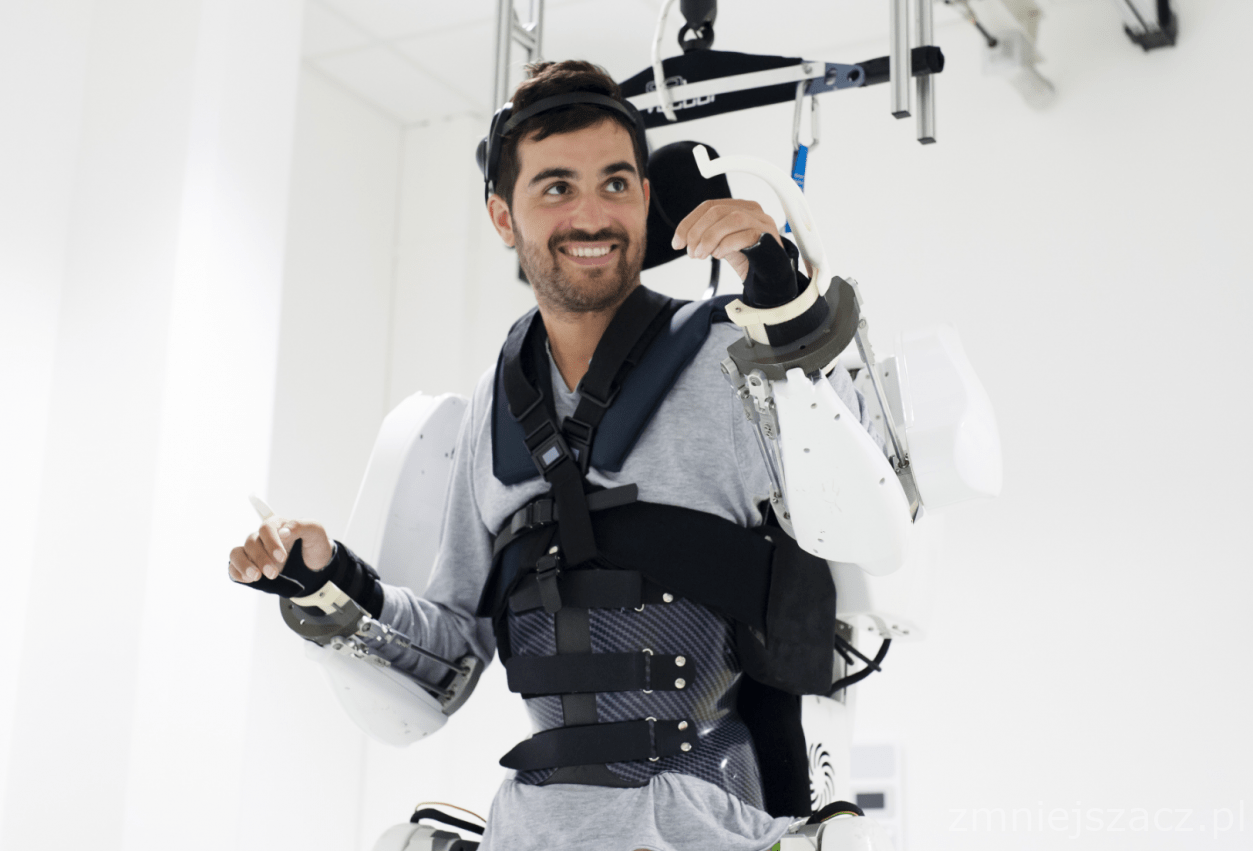 According to BBC, the exoskeleton was developed by specialists from Clinatec and scientists from the University of Grenoble. It was tested on a thirty-year-old patient with tetraplegia, which he experienced as a result of spinal cord injury due to a fall from 12 meters.

For the invention to work, the CEA Research Center implanted two recording devices into the man’s brain. The sensors can read signals from the cortex sensorimotor, then send them to the computer, where the algorithm translates them and sets the exoskeleton in motion. Thibault, (a patient’s name) confessed to British journalists that he feels like “the first man on the moon”.

Scientists admit that the exoskeleton is still far from perfect, and it is hard to determine the patient’s movement autonomous. The moves made by the machine are inaccurate and it can easily fall – because of it, the exoskeleton is attached to the ceiling. Besides, the invention is heavy – it weighs 65 kilograms and, according to the researchers, reads signals from the brain at a speed of 350 milliseconds, which means it is not fast enough. After all, the creation of the such a machine raises hopes that inventions of such type will be expanded in the future. With their development, the machines can become an invaluable opportunity for paralyzed people to help them function independently.